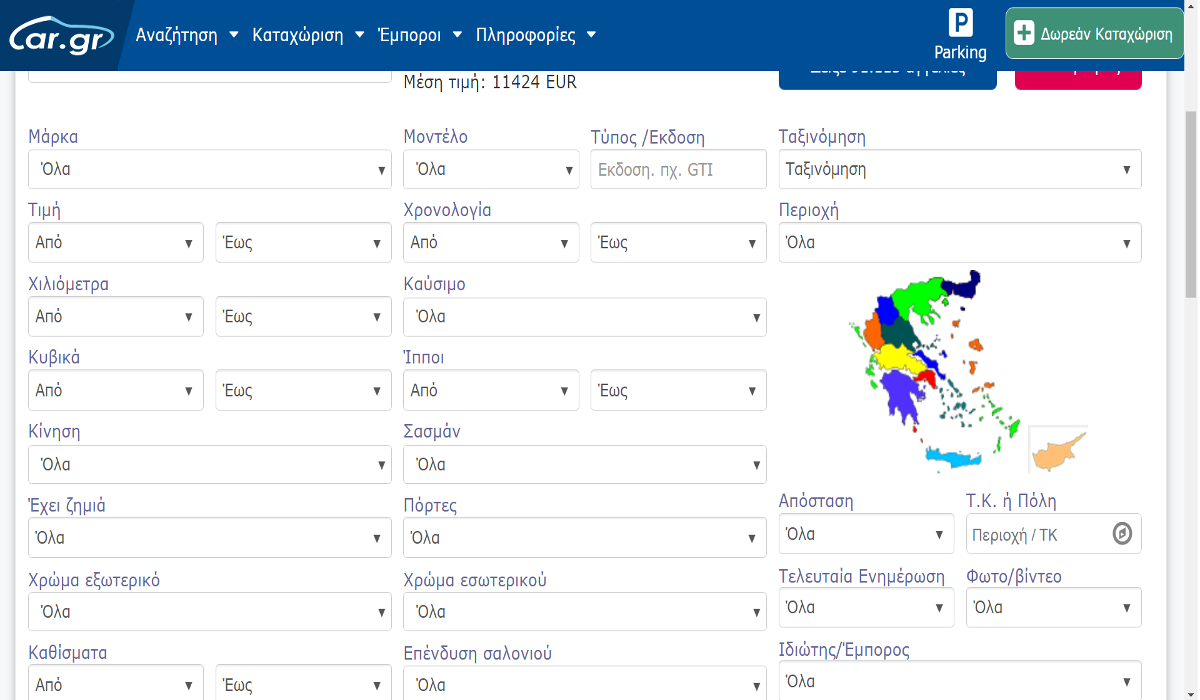 I’ve been on the hunt for a car for around 6 months. Scouring the classifieds on a daily basis, calling sellers and inspecting cars. During this time I’ve identified three types of seller.

The seller has a good car but they want all of the money for it.

You would really have to be in love with the spec to pay the amount being asked for.

The car is a normal price if it were in good condition. But usually the condition of the car is below average. These cars tend to look fantastic at a glance, nice interiors, good bodywork but the mechanicals are below par. By this I mean, loads of oil leaks, old oil, maybe body damage to the floor and so on. Basically these cars don’t stand up to close inspection.

Nothing unusual with the first two types of seller. You get them in the UK.

What I don’t understand is the Type 3 seller

The problem with the Type 3 seller, at least for me, is that I can not get a viewing.

I call the seller in the same way as I would for the Type 1 and Type 2 sellers. I ask the usual questions ie has it got KTEO (MOT), has it got road tax ie is the car is being used and if the car is in their name. If everything checks out I book a meeting to see the car.

Except with the Type 3 sellers there always seems to be an issue.

A Couple of Examples

The car has been advertised for 4 months plus. It looks okay. The pictures aren’t great but what is in the pictures looks reasonable. The spec of the car is good ie the right engine, tastefully modified with what looks to be premium parts eg BBS wheels, Eibach springs etc. Price definitely at the high end so I waited and waited. No change in price.

One day I decide I’ll take a look, its not exactly the body style I want but if the car is good maybe I’ll compromise.

So I call the seller. I go through the normal questions, everything is okay. Then I ask if I can see the car the following morning to which the seller replies “the price on the advert is not correct”. It’s actually a thousand euro more expensive (car is advertised for less than 6K).

Long story short, he doesn’t give me an appointment, I don’t ask for one. That was that.

Car is still advertised. And still at the “old” price.

Again, the car was advertised for 3-4 months. Honest photos but the car is not great. High mileage, not cleaned for the photos, questionable choice of modifications but it has an interesting engine/gearbox conversion. I call the seller. He says he’s in a meeting, can I call him back in a hour. I call him back, he says can you call me tomorrow morning I will know my schedule then. I call the following morning and he doesn’t pick up and he doesn’t return my call.

Car was advertised for about a month after I called before it was deleted.

Not exactly the car I was looking for but engine, gearbox, number of doors, it all ticks my boxes. I call the seller and he says he is at the doctor, can I call tomorrow. I call tomorrow and he says its going to be an ongoing thing, he won’t have time to show me the car. He will call me when he has time.

Except the car is still advertised…

What am I doing wrong?

Is it just me that finds sellers who really don’t seem like they want to sell the car and/or have their car inspected?

Or is it just me?

Is my terrible Greek the problem?

Similarities Between Type 3 Seller and the Advert

Going back to the three examples of type 3 sellers, did their ads have anything in common?

Example 1. (Price increase) Bad photos ie taken in the dark. But car cleaned on the outside for the photos. Random exterior shots in different locations. Interior photos worthless due to low light.

Example 2. (No call back) Also bad photos and car not cleaned for the photos, inside or out. No engine photo.

Example 3. (No time for viewing) Only two photos of the exterior, interior cleaned. No engine photo. But detailed ad.

Basically the photos. They’re not great. Specifically not a complete range of photos from the outside and/or inside. Pictures unclear eg out of Focus, taken in the dark.

Car not setup for the exterior shots.

Another commonalty is the car being up for sale for months.

What do you think?

What is your experience of buying cars privately? Have you noticed any patterns? Have you had the same experience as me? Are there ads which you avoid? If so, why? What sets your alarm bells ringing? Let me know in the comments below.

Going forward I’m definitely going to be more picky about the sellers I call. Ads must have decent photos and enough decent photos.

If the ad has been there for a while, I’m not going to let that bother me if the photos are there.

There will be exceptions, obviously if the car looks like a total bargain I am going to go an look at it. If the seller lets me!

And hopefully I will find the Type 4 seller ie good car at the right price.