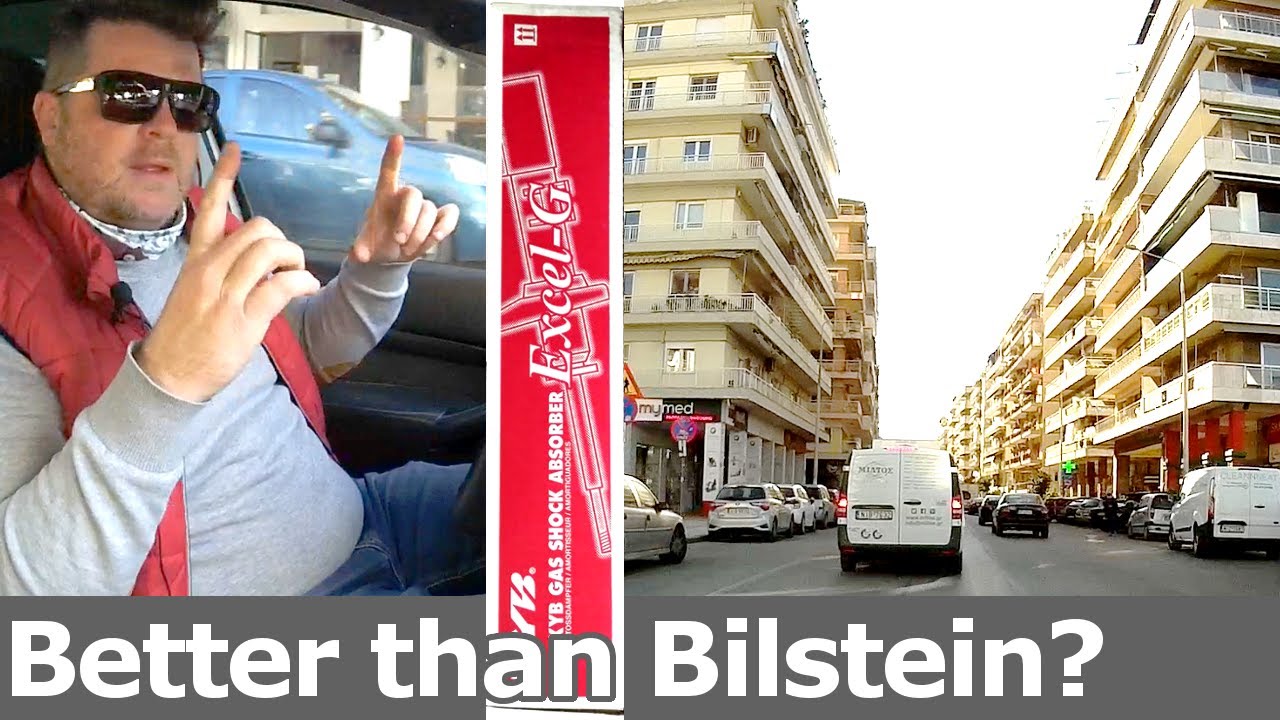 The last video was about the KYB dampers I fitted to the car and how, if I were looking for stock replacement dampers in the future, I’d be looking elsewhere.

Well the my issues with KYB continue in this update.

The wheel alignment was not great (my fault), the insides of the tyre were wearing out rapidly. As I said in the previous video this is not a problem you get with Bilstein B8, at least not in my experience.

As I was trying to figure out how the alignment could be so far off, I noticed something else about the KYB.

Before I dug into the project of swapping them I had a little think and realised it would be impossible to swap these dampers. The dampers have brackets to support the brake lines and brackets to hold the anti-roll bar.

Basically these dampers will only fit on one side.

It looks like KYB have built a damper for the right side but stamped the unit with the code of the left side and vice versa.

I’ve had my trials fitting the KYB and this is the final straw for me. Not that it makes much difference (at least I hope not) but it’s a line of things which are just not as good as what you get with Bilstein.

The fuel pump quit leaving me stranded. Partly my fault this, the fuel filter was late being changed. A super worrying thing I noticed when fitting the new pump was that the wires on the old pump had had their insulation stripped away on the positive and negative wires. I presume because the wires were not wrapped around the hoses enough leaving them free to move and gradually wearing through the insulation. How the two wires didn’t touch I don’t know. I expect that would have been quit an explosion if I had a spark in the gas tank.

Generally I hate the design of the gas pump on the Focus.

I hate it that Ford expect you to drop the fuel tank and exhaust to change it and I hate it that there are so many hoses and wires in the pump because they have made the assembly in two pieces. Its completely ridiculous.

I have given it an oil change. Nothing major to report there.

Rear front lower wishbones/control arms. Both sides changed. For whatever reason they seem to have given up together after the H&R were fitted to the car. The arms control rear toe. Because the bushes were shot, the rear toe became dynamically adjusted in high speed cornering. Very unpredictable and very unnerving.

The problem with the control arms is that the weld themselves to the bolt. I had to cut the outside ends of both control arms off the car with a reciprocating saw. Not ideal.

Having said that, bolting the numbers into this fuel economy calculator the MPG comes back as low thirties. I need to look at this again.

The potential fuel economy problem could be related to the exhaust manifold. A horrible design of collector that is prone to cracking. I’m loathed to spend a hundred euro on a part that seems to have a short life circa 2 years. Especially when that part is apparently a restriction to power.

I know the 1.6 engine is feeble but I would like to fit a tubular manifold to the car if I can find one at a decent price. The only ones I can find at the moment are in the UK and I don’t fancy paying import duties on one so I’m putting off the replacement.

The hole in the manifold could, probably, explains the fuel economy issue. I need to get it sorted sooner rather than later.

At the moment I am waiting for some parts that will let me test for exhaust back pressure. When I can test the back pressure I’ll make a decision on the manifold. If the cat is blocked, I’ll order a sports cat and have the manifold and cat fitted together. More updates coming on that in the future.