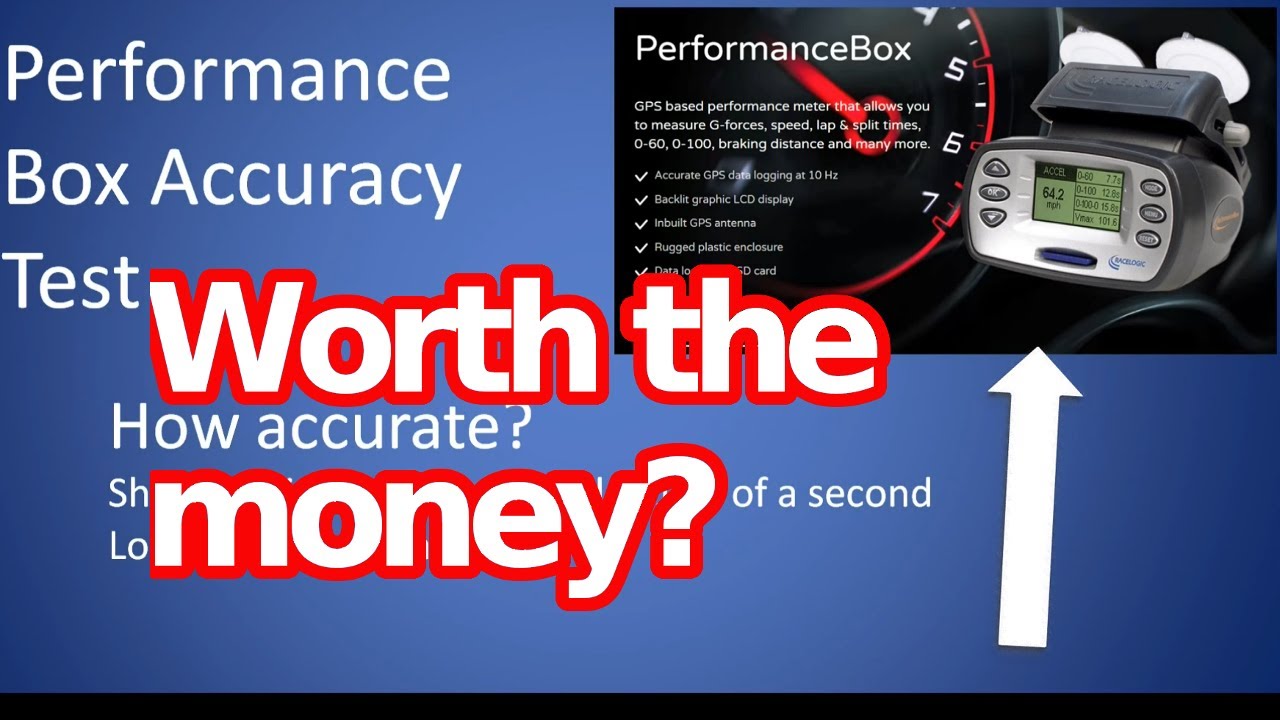 We wanted to find why

Are the Android lap timers erratic? Or is it the Performance Box? Or is it both.

The Racelogic Performance Box is supposed to be one of the gold standards in GPS lap timing so it made sense to calibrate it’s lap times against a sold baseline. If it proved to be accurate then our previous test comparisons with Android lap timers would still stand.

Getting a accurate baseline lap time.

To get bang on accurate lap times we used two video cameras and an audio track, from three sources to record lap times while at the same time recording the same laps with the Performance Box.

First step was to sync up these three audio/visual sources to confirm their timers were the same and accurate.

To confirm the accuracy of their internal timers we synced up 20 minutes+ of video and audio footage on video editing software. At the start of the twenty minutes we had a perfect sync we then checked the sync at the end of twenty minutes to see if we had any time shift between the two tracks.

We then compared the sync of the video footage against the audio track (recorded with a Realme 6s) and at the end of twenty minutes the sync was still perfect versus the Xaomi Yi and a tenth or so out versus the SJ4000.

With this info we were satisfied that all the sources were accurate enough for this test and chose to use the Xaomi Yi footage to collect the visual lap time data.

We selected a visual point on the lap that was close to the Performance Box start/finish point and visually measured the lap times according to this exact point. In the video editing software we can go down to an individual frame which equates to around 0.033 seconds. Again, more than accurate enough for our purposes.

In excel we created a table with the lap times from the Performance Box and the camera and compared them to see what was going on. This is the data we collected

Performance Box consistently measures the lap a little longer than the camera.

The Racelogic Performance Box uses a 10hz GPS sensor. From this we would expect the maximum accuracy to be a tenth of a second. The results show that the accuracy of the unit, on average is inline with expectations.

A speed difference, between laps, at measurement points did seem to cause an issue. However for motorsport timing purposes the speed at which splits and start/finish lines are crossed are going to be very similar, within 10km/h I would imagine, so this issue is probably not something that will be encountered in a racing situation. In short, a non issue.

If we ignore the affected lap times, laps 2 & 3, the accuracy of the lap times increases ie even better than 0.149secs.

To answer our original questions.

Is the Racelogic Performance Box accurate (to the level we expected, 0.1 sec)? Yes

Can we use the lap times recorded by the Performance Box to asses the accuracy of other GPS based lap timers? Yes (to a level of 0.149 seconds)

In this test, we found the Racelogic Performance Box to be accurate to the level we expected.

Disclaimer: These are the results we found, your results may differ